Latest updates from the campaign:

Bob Worthen is out making appearance and people are responding to his zeal to make a difference and the donations are rolling in.  If you would like to join efforts and make a difference.  Please contribute now on the Donation page.

Bob is addressing the concerns of our nation.  Please see some of the relevant news articles here.

Bob was featured on a local morning newscast in Texarkana. Recording to post soon.

Bob has also recorded some highlights of his positions for the office.  Recordings to post soon.

NOTE:  IF YOU ARE A COUNTY OR PRECINCT CHAIR, BOB WORTHEN IS OFFERING TO SIT DOWN WITH YOU AND DISCUSS FACE TO FACE ANY AND ALL QUESTIONS THAT YOU HAVE FOR HIM!  PLEASE CALL BOB AT 903-559-8029

I thank you greatly for allowing me to attend your events and getting to know each and every one of you. Your job is instrumental to the party and replacing former Congressman Ratcliffe's seat, with a new leader is no small task.  I ask you humbly for your support and vote.  I have chosen to be in this race because, like a bolt out of the blue, the opportunity to represent the people is a challenge that I feel compelled to do at this juncture in my life. I am not in this for resume building, or just because I hold another office title, I AM HERE TO REPRESENT THE PEOPLE AND PRODUCE RESULTS! Others have "bird dogged" endless issues, but I do not hear solutions from any of the other candidates to our national problems.

My motives are genuine. A proud, loyal Texan, that fully embodies the person our founding fathers envisioned representing the people in Congress. My brother, Chief Justice, of the 12th Court of Appeals in Texas, is a mentor and someone who I wish to emulate, as a dedicated public servant.

I have studied our most pressing national problem; EDUCATION and I will put forward real tangible and well thought out solutions to that issue, and put an end to Federal involvement in what should be left to each state to regulate.

I have been so blessed in my personal life, a successful businessman, that has a demonstrated record of fighting and winning against government overreach and in some circumstances, uncovering corrupt officials.

I am not a polished public speaker, but my passion and strengths lie within my sincerity to truly hear your concerns, from you the voter.  I am dedicated to be your voice for this position, like no other.

George Bush and Ted Kennedy got together and came up with "No child left behind" and it was hailed as the solution to our educational woes.  Our education system has only gotten worse.  They were career politicians. They and all of their advisers put forth only sound bites and lip service. My business experience will only allow me to put forth true solutions. Are not the children of this great country worth our sacrifices?  YOU BET.  President Trump was elected because the people are tired of failing career politicians making promises they don't even have a clue as to how to fulfill.  I am the only one running who understands exactly how to totally reform our broken educational system, and the only one who understands exactly how it needs to be done.

As we watch radicals tear down statues, deface monuments, intimidate people who want to stand for the national anthem, and demand the firing of people who write or say something deemed inappropriate to the Leftist Anti-American Theology, it is utterly clear that many Americans today hate America.

People ask me how we’ve gotten to this point. All of this is the result of three generations of brainwashing going back at least to Herbert Marcuse, the German-born University of California, San Diego professor who taught young Americans the philosophical foundation of Marxism in the 1960s. As early as 1972, Theodore White was warning that the liberal ideology was becoming a liberal theology and dissent was less and less acceptable to the left.

We have watched the hard left, the America-hating totalitarians who want to define acceptable speech, as they took over the academic world. The college boards – made up of supposedly sound community leaders – refused to fight. Public universities and colleges continued to hire vehement anti-American professors, the state legislatures and governors refused to fight. Alumni continued to give to schools, which were teaching their own children and grandchildren to despise them.

We did not think through the eventual reality that graduates who had been taught systematic falsehoods would take those falsehoods into their jobs. As President Ronald Reagan said, “the trouble with our liberal friends is not that they're ignorant; it's just that they know so much that isn't so.”

As I write in my upcoming book, "Trump and the American Future," this educated ignorance has now infested our news media, bureaucracies and corporate headquarters. These are sincere fanatics. It is this fanaticism that has been so visible in the last few weeks.

The uprising by the self-righteous fanatics of The New York Times got their opinion editor fired for the sin of publishing a conservative senator’s op-ed. The fanatics at The Philadelphia Inquirer got their editor fired for running the headline “Buildings Matter Too.” In case after case, the new fanaticism is imposing a thought police model reinforced by the Maoist tradition of public confession and group solidarity.

We were warned that this could happen. Having defeated Marxism in the Soviet Union, President Reagan was worried by the rise of anti-Americanism in our own country. He warned of the collapse of support for America in his farewell address on Jan. 11, 1989. It is lengthy, but I want to include it here, because it is important to recall now:

“There is a great tradition of warnings in presidential farewells, and I've got one that's been on my mind for some time. But oddly enough it starts with one of the things I'm proudest of in the past eight years: the resurgence of national pride that I called the new patriotism. This national feeling is good, but it won't count for much, and it won't last unless it's grounded in thoughtfulness and knowledge.

“An informed patriotism is what we want. And are we doing a good enough job teaching our children what America is and what she represents in the long history of the world? Those of us who are over 35 or so years of age grew up in a different America. We were taught, very directly, what it means to be an American. And we absorbed, almost in the air, a love of country and an appreciation of its institutions.

It would have been a struggle to win this fight for America 31 years ago when President Reagan warned us of the consequence of teaching falsehoods and anti-American lies. Now it will be much, much harder.

“But now, we're about to enter the '90s, and some things have changed. Younger parents aren't sure that an unambivalent appreciation of America is the right thing to teach modern children. And as for those who create the popular culture, well-grounded patriotism is no longer the style. Our spirit is back, but we haven't reinstitutionalized it. We've got to do a better job of getting across that America is freedom – freedom of speech, freedom of religion, freedom of enterprise. And freedom is special and rare. It's fragile; it needs [protection].

“So, we've got to teach history based not on what's in fashion but what's important – why the Pilgrims came here, who Jimmy Doolittle was, and what those 30 seconds over Tokyo meant. You know, four years ago on the 40th anniversary of D-day, I read a letter from a young woman writing to her late father, who'd fought on Omaha Beach. Her name was Lisa Zanatta Henn, and she said, `we will always remember, we will never forget what the boys of Normandy did.’

"Well, let's help her keep her word. If we forget what we did, we won't know who we are. I'm warning of an eradication of the American memory that could result, ultimately, in an erosion of the American spirit. Let's start with some basics: more attention to American history and a greater emphasis on civic ritual.”

It would have been a struggle to win this fight for America 31 years ago when President Reagan warned us of the consequence of teaching falsehoods and anti-American lies. Now it will be much, much harder.
Friday, June 12, 2020 9:13 AM

"The fact of the matter is," Grenell said, "we have a real problem in Washington, D.C., because it’s a system that it no longer is Republicans and Democrats pushing against each other to create good policy. It’s a fight between Washington and the rest of America."  Fox News Reports on Monday, June 8, 2020 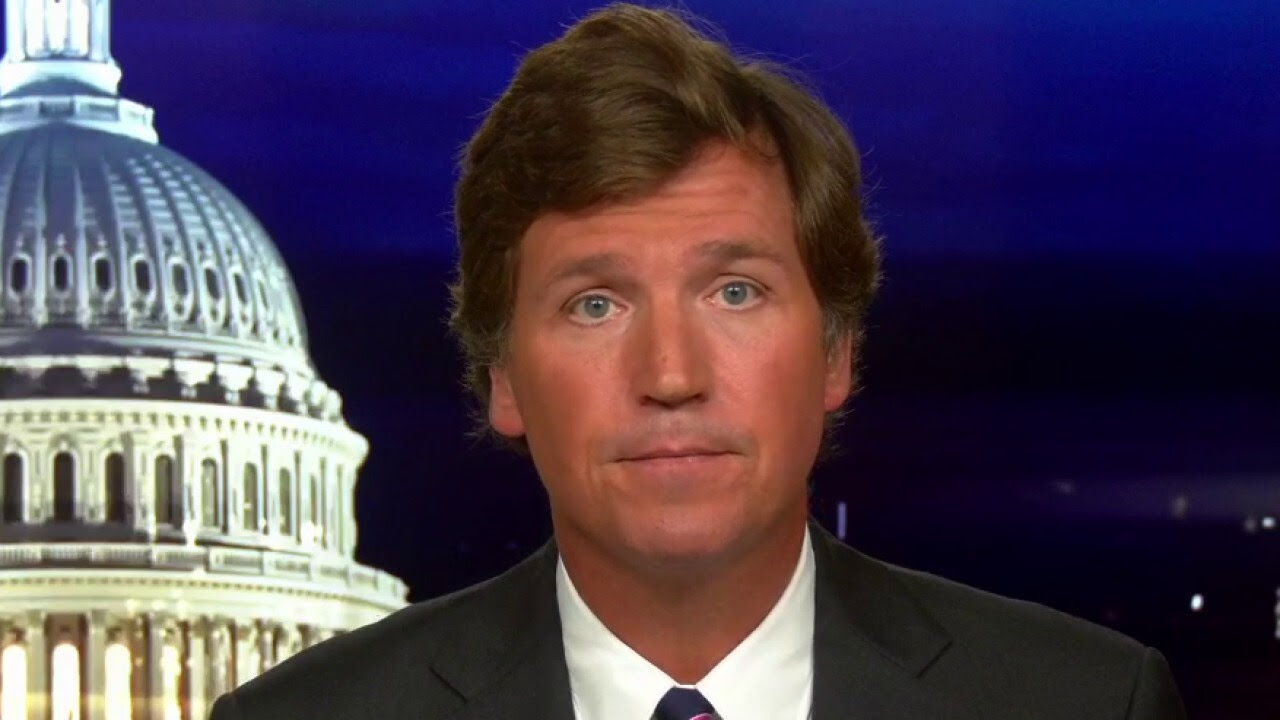 "What we have [is] a system in Washington where people get jobs if you're there, if you know someone and you work your way up, and it’s like musical chairs from one agency to another," Grenell added. "There is no outside thought, there's no outside perspective."
Grenell, who also spent two year's as U.S. ambassador to Germany, characterized Trump as a great disruptor of this insular system.
"He's breaking their system," he said. "He doesn't play by the rules.
"I saw that at ODNI," Grenell added. "I saw that by entering the intelligence world, and senators from the Democratic Party saying, 'You have no experience, what are you doing -- why should you be there?''"
Grenell specifically called out Sen. Mark Warner, D-Va., the top Democrat on the Senate Intelligence Committee, by noting that Grenell had received his first intelligence briefing back in 2001, before Warner was elected to public office.
"He said that I wasn’t qualified," Grennell said of Warner. "I actually am a receiver of intelligence, and [I'm] an expert on the consumer part of the intelligence and how to utilize it, but that perspective is never brought to Washington."

link to the full article: